Back to Salve: Resources for returning to campus during the coronavirus pandemic. Read more >> 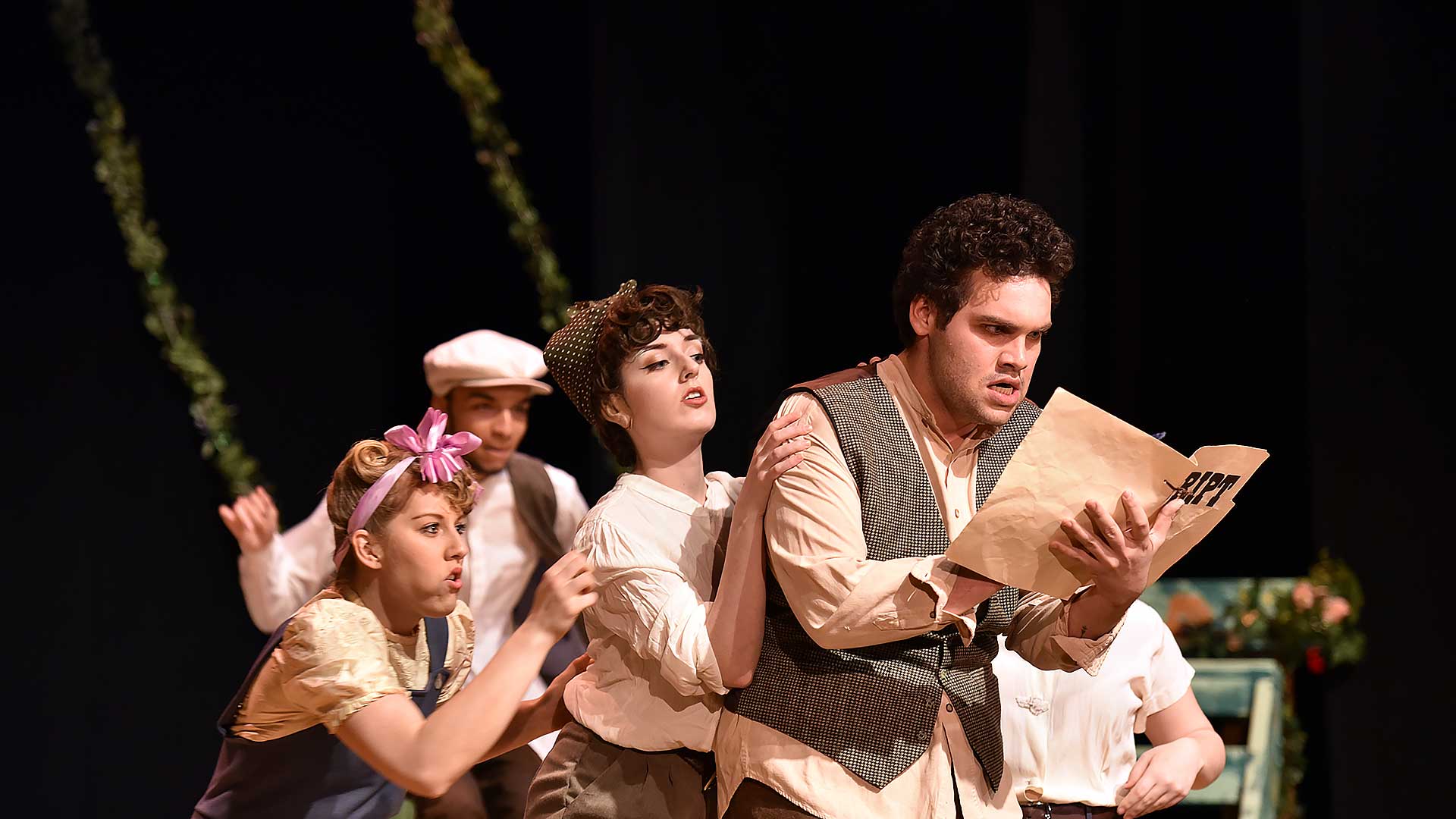 At Salve Regina University, our bachelor's degree in theatre arts offers a foundational education through a lens of equity and identity. Whether they are studying dramas, performing in or designing productions, or seeking to serve communities, our students learn the value of theater as a tool for positive change. With empathy at the heart of our theatre arts program, we foster an atmosphere for risk-taking and provide encounters that challenge students to dig for understanding and self-awareness.

Discover Who You Are at Salve Regina

Students who major or minor in theatre arts engage with three branches of curriculum, creating discovery-based pathways toward understanding the role of identity and representation in theater.

Dramatic literature courses connect students with cultures and performance styles from around the globe as well as with historically marginalized communities who have used theater to portray their experiences. Through community engagement courses, students listen to those who have felt unheard and use theatrical means to collaborate and seek change. Production courses focused on acting, technical design, directing and playwriting equip students with the knowledge and skills necessary to practice professionally.

Salve Regina's theatre arts program empowers students to give back through their craft. It's about discovering who you are, who others are and what others need from you as a theater artist. As an academic program inspired by the University mission, we ask how theater can be of service and reflect on our own practices of equity, identity and representation – and their impact on the world.

It’s not just college theater. They don’t treat us like we’re students – we’re treated like professionals and we’re expected to have that level of professionalism. There’s so much potential, so much talent that flows in this place. Every year, we pick different shows that push us even further. 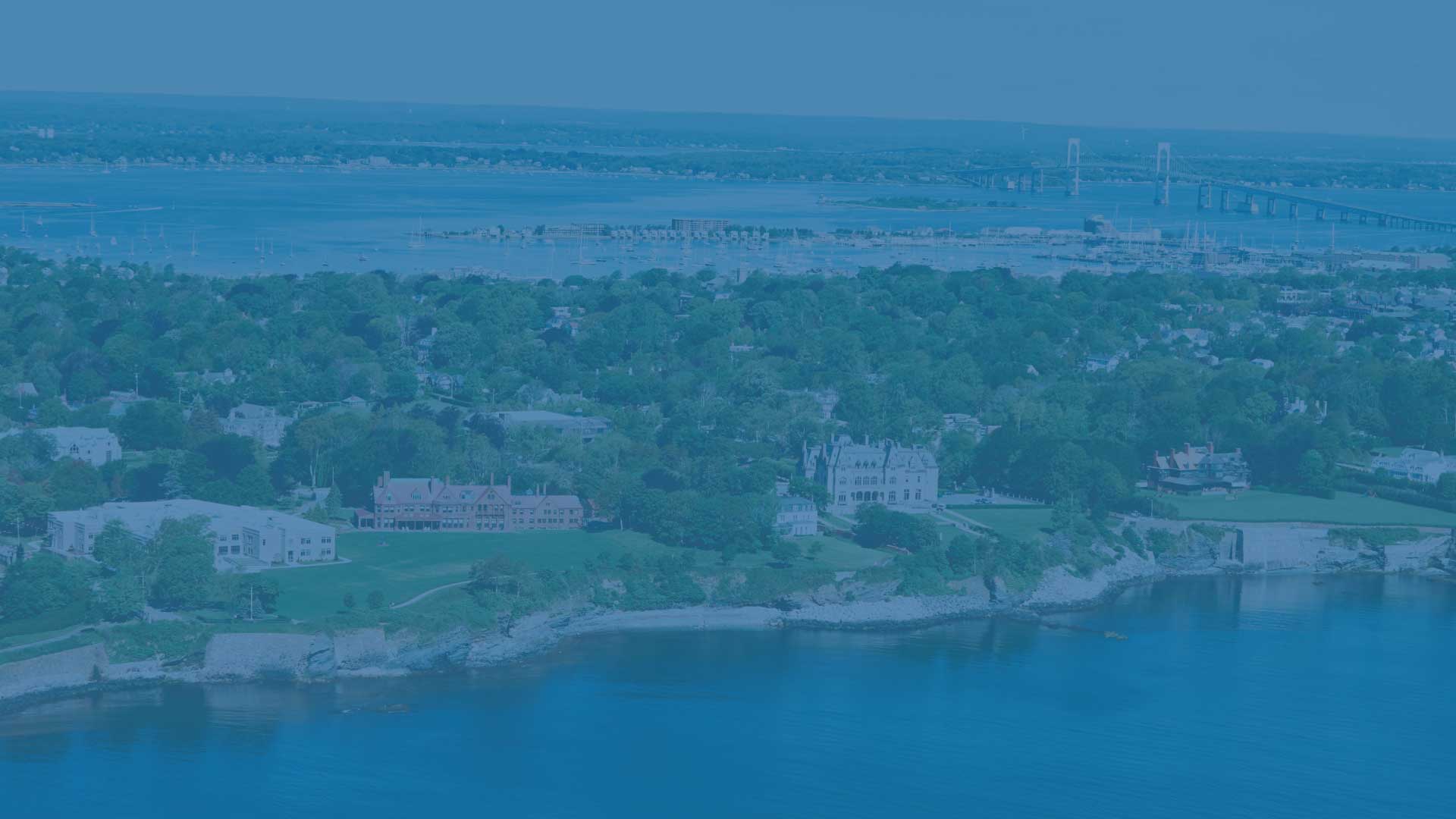 Students interested in theater explore the theoretical and pragmatic aspects of theatrical productions through both analysis and performance experience. Our talented professors shape hybrid artists with a top-level theater education designed for success in the boardroom, the courtroom or the greenroom.​

A broad liberal arts education in theater produces graduates who are adaptable and self-directed and serves as a foundation for future development as thinking artists and productive citizens. Our graduates are well prepared for a lifetime of appreciation, participation and further study in the performing arts. Our graduates have gone on to successful careers in the arts, business, education, government, performance, publishing, and much more.

Professional actor: Graduates are members of the Actors Equity Association and the Screen Actors Guild and work across the country, from New York City to regional theatre to Broadway touring companies.

Teacher: Some graduates receive their certification and serve in public classrooms, while others are teaching artists in after-school and summer programs. Some have started their own educational theater companies to bring interactive drama to students.

Graduate school: Students with a bachelor's degree in theatre arts are qualified to apply to graduate programs for the MFA in acting, directing or design or the Ph.D. in theater history or dramaturgy. Others pursue graduate study in a wide variety of disciplines.

Graduates may consider the following careers:

Students also choose two one-credit courses and one three-credit course from available concentrations or special topics. Majors are required to participate in a minimum of four mainstage productions, two on stage and two behind the scenes.

Two of the following courses are required:

One of the following courses is required:

Students choose nine additional credits from a list of theatre arts offerings and in consultation with their advisor. Minors are expected to participate in two mainstage productions, one on stage and one behind the scenes.

Students who wish to train as professional actors are highly encouraged to add the acting concentration. Professional theater companies seek actors who can interpret classical and modern texts like William Shakespeare, Anton Chekhov and Arthur Miller, but they also insist that those same actors bring physical skills like clowning, mask work, Viewpoints and impulse trust. Students who pursue the acting concentration learn and practice an array of skills, from classical acting to movement theater to film and television performance.

Requires an audition for acceptance or permission from the program coordinator.

Regular participation in THE360: Production may substitute for any of the above courses.

The musical theatre concentration is designed for students who wish to perform musical theater in a more professional manner. Students explore realism in acting and musical theater auditioning, along with courses in rhythm-generated jazz, musical theater dance, music theory, chorus. They may also opt to take private voice lessons or an additional dance course.

Requires an audition for acceptance or permission from the program coordinator.

Students often enter college with a limited understanding of the many ways they can contribute behind the scenes. The technical theatre concentration develops foundational design and execution skills in set, costumes, lighting and hair and makeup. Students can also receive credit for taking leadership roles in mainstage productions, which is essential for an early-career professional. Students who pursue the technical theatre concentration are well prepared for internships, assistant technical positions and MFA pathways.

Requires an interview and portfolio presentation for acceptance or permission from the program coordinator.