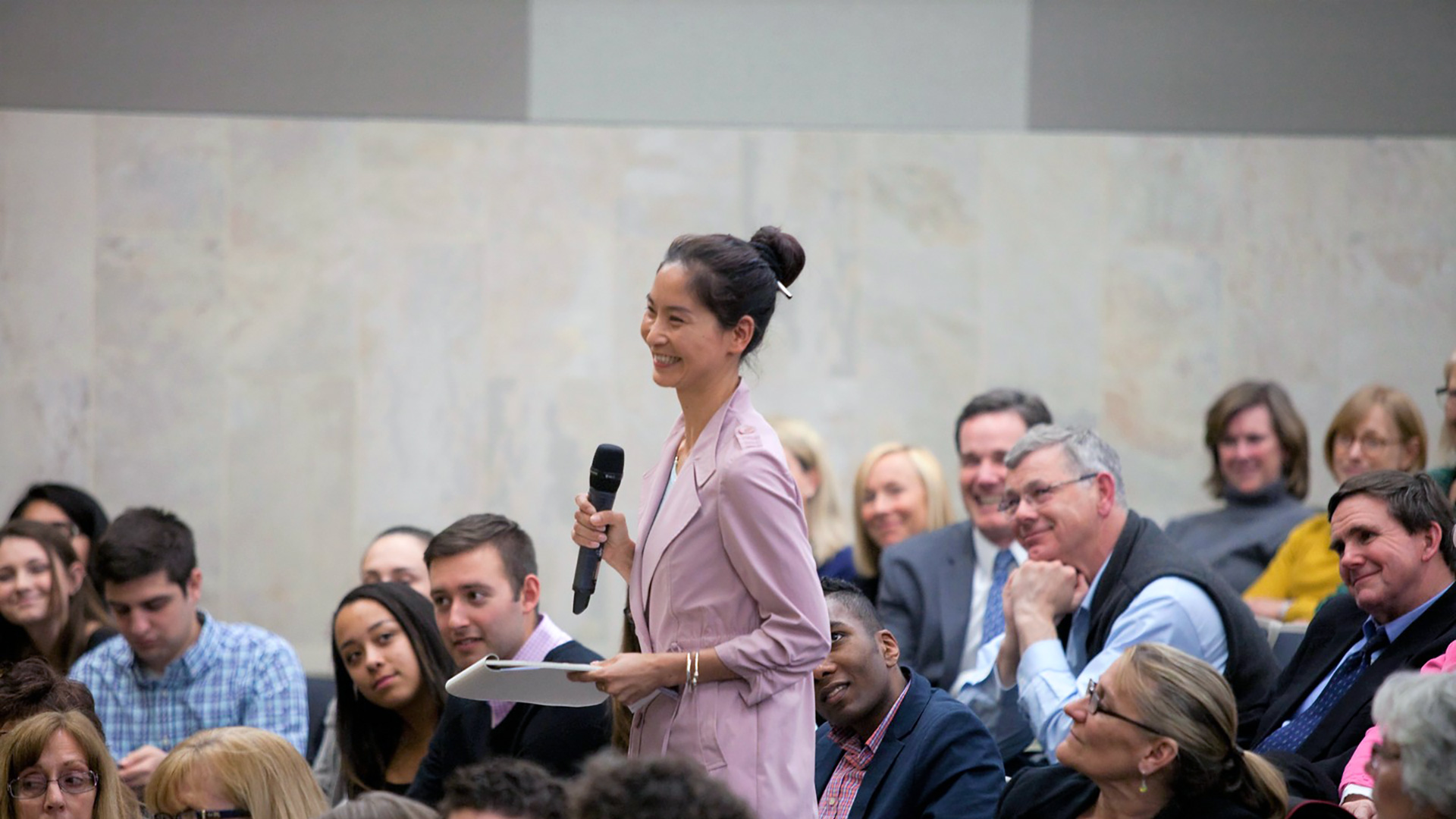 The Pell Center for International Relations and Public Policy at Salve Regina is a multidisciplinary research center focused at the intersection of politics, policies and ideas. Dedicated to honoring Sen. Claiborne Pell’s legacy, the Pell Center promotes American engagement in the world, effective government at home and civic participation by all Americans.

Our programs are designed to generate new ideas, to expand public understanding of important issues and, ultimately, to help the public and its leaders make better decisions. Working with students and faculty, we don't just study the world, we try to change it.

The Pell Center is animated by Sen. Claiborne Pell's belief that politics is about translating ideas into action to help people. We work to supplement the education available to Salve Regina students by fostering civic participation to make the world a better place.

Sen. Claiborne de Borda Pell had one of the longest and most distinguished careers in the history of the U.S. Senate. Beginning in 1960, he was elected to six terms representing his home state of Rhode Island. During Pell's years of service, he made historic contributions in international relations, higher education, environmental protection and global resource preservation, and government support of the arts, humanities, libraries and museums.

Pell is best known for the Pell Grant legislation that provides direct federal funds for low- and middle-income students seeking higher education. He authored major legislation increasing federal financial assistance to elementary and secondary schools and expanding federal education programs, and was the driving force behind the establishment of the National Endowment for the Arts and the National Endowment for the Humanities.

Pell sponsored the High Speed Ground Transportation Act, which made vast improvements in rail travel and stimulated the creation of Amtrak. He was present at the inception of the United Nations in 1945 and remained committed to the U.N.'s founding principles: the international rule of law and basic human rights. A member of the Senate Foreign Relations Committee for 34 years, he served as its chair or ranking member for 17 years. Pell championed human rights and democracy and was a passionate advocate for persecuted people throughout the world.

Story in the Public Square

An initiative to study, celebrate and tell stories that matter, Story in the Public Square is broadcast more than 500 times each week on public television stations across the United States, including locally on Rhode Island PBS. It can also be heard multiple times each weekend on SiriusXM's POTUS channel.

The Nuala Pell Leadership Program provides leadership development opportunities to a select number of diverse, high-achieving students, exposing them to both theory and practice. Named in honor of the late Nuala Pell, the program aims to build skills that can be used in the classroom and beyond.